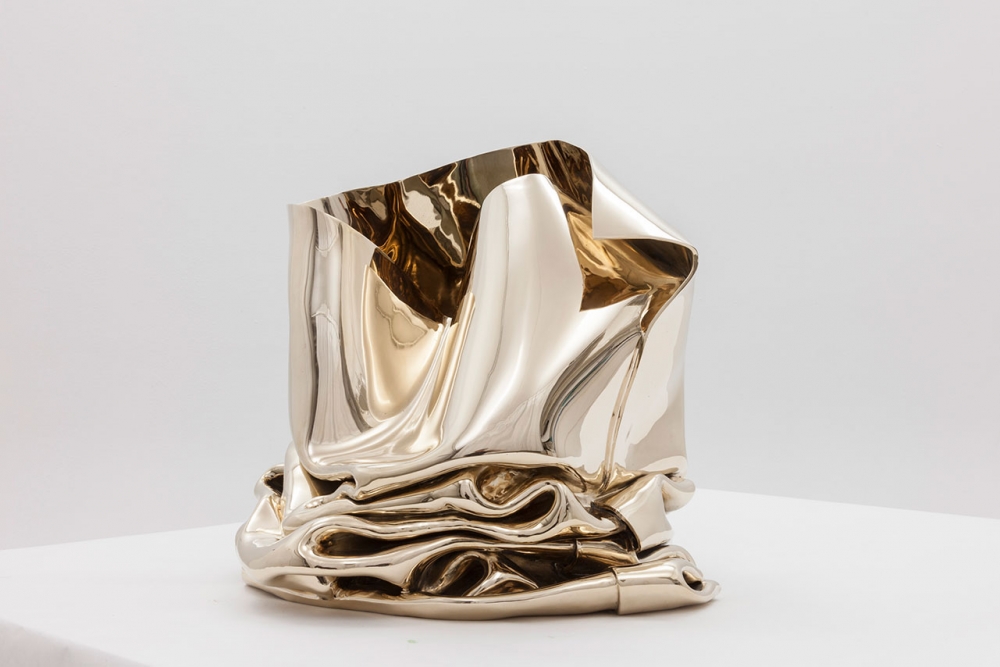 "Treading a line between order and chaos, planned uniformity and unplanned disarray, Alyson Shotz employs natural phenomena—such as mass, force, gravity, and light—to create her artworks. Purposely working across disciplines, she gives her sculptures many forms, each particular to a specific concept of study. Like a scientist, Shotz poses questions and establishes parameters within which she experiments. However, her artworks do not mimic scientific principles, but instead metaphorically represent their abstract notions of space. Readings in physics and mathematics inspire her research, as do the study of feminism and the history of domestic crafts. Shotz constantly embraces new technologies while also honoring traditional techniques, often mixing digital modeling and design with meticulous hand work as she painstakingly builds pieces by combining thousands of tiny parts into larger structures."

Alyson Shotz: Un/Folding is organized by the Hunter Museum of American Art in Chattanooga, Tennessee, and curated by Chief Curator Nandini Makrandi. Its presentation at the Weatherspoon is organized by Curator of Exhibitions Dr. Emily Stamey.