The two-panel format in Warren Rohrer's work first appeared in 1977 and became a definitive component of his art. In his last body of work, Rohrer (1927-1995) chose to paint a series of diptychs - pairs of 14, 16 or 36-inch canvases, either joined or discreetly spaced. The artist\'s laser-like focus on diptychs reveals Rohrer\'s summation of the painting process and the core ideas at the center of his art. The Locks Gallery exhibit will include a dozen paintings that date from 1990 to 1994 - the majority have never been shown before.

The expansive impact of two equally-proportioned canvases allowed the artist to continue brushwork that reads across both - always in a left to right movement. At times with smaller diptychs, the two joined canvases suggest an open book. Rohrer deliberately played with scale throughout his career and his diptychs invite the viewer to look more closely at the paint application and scrutinize the surface - the actual size of the painting loses its primacy.

An illustrated catalogue will accompany the exhibit. 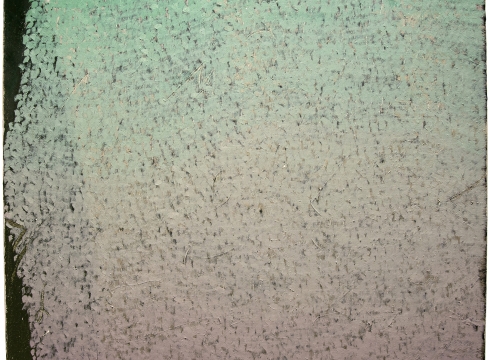