acrylic and collage on wood

From the Lasher-Callowhill Rail Park, 2019

For decades, Sarah McEneaney has captured the simplicity of her surroundings—her home, her studio, her garden, her pets, and her neighborhood—with reverent attention. The care with which she renders each minute detail forms the architectural structure of her environment and the scaffolding of her personality, her passions, and the inhabitants of her life. In these paintings, the viewer becomes omnipotent, tracing the underpinnings of McEneaney’s life in vibrant, nonlinear narratives: featuring multiples of the artist and her pets as they make their way through time and space.

An activist as well as an artist, McEneaney’s support of the Rail Park in Philadelphia’s Callowhill neighborhood, which achieved the first phase of completion in 2018, has been a daily effort towards the monumental. In addition to her physical involvement in the site’s completion, the artist has been envisioning the three-mile stretch of urban green space since it was in its early planning period—committing it to multiple paintings and works on paper as she dreamt of the walks she would take with her dogs and the transformation of the neighborhood in which she has dwelt for 40 years.

In many ways, McEneaney has made a shrine of her life: one she lovingly curates in scenes reflecting the fierceness with which she defends Philadelphia as a creative, cultural and environmental mecca. Serving on the boards of both Vox Populi and Philadelphia Contemporary, McEneaney champions and nurtures the creative spirit of Philadelphia artists by forging communities that prioritize safety, acceptance, and perseverance through collaboration. Her genuine enthusiasm for the people and projects in her life has long been present in her paintings, and is now as much a physical object in her work as any other. Through the incorporation of collaged elements into the compositions— including media and artwork from friends and fellow creatives in addition to her own works, McEneaney codifies her efforts and brings new energy with an unexpected archival method into an already thorough and complex artistic record.

Locks Gallery is pleased to present an exhibition of new works by Sarah McEneaney as she continues to transcribe her love of home through painting. Callowhill serves as the next title in the series of a life that is constantly gazing inward to see more clearly the outside world in its potential for individual impact. In viewing this exhibition, the viewer is given the opportunity to chart a life meticulously captured and richly spent in the service of community and appreciation of self. 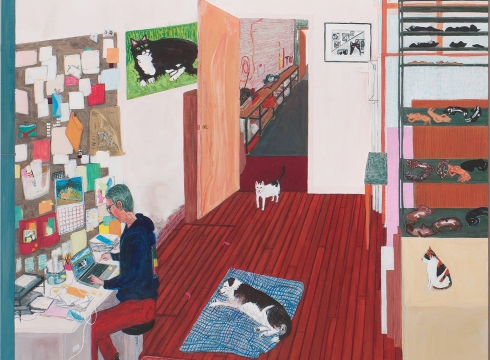 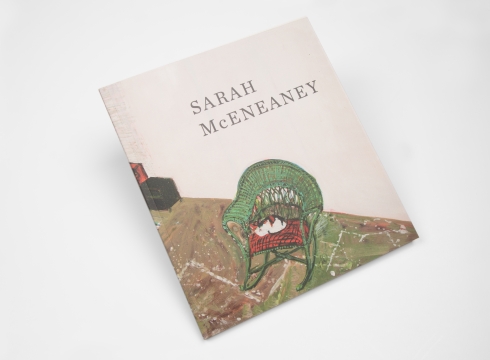 Publication
Sarah McEneaney: When You Wish
Text by Wendy Vogel 2016
View Publication
Back To Top