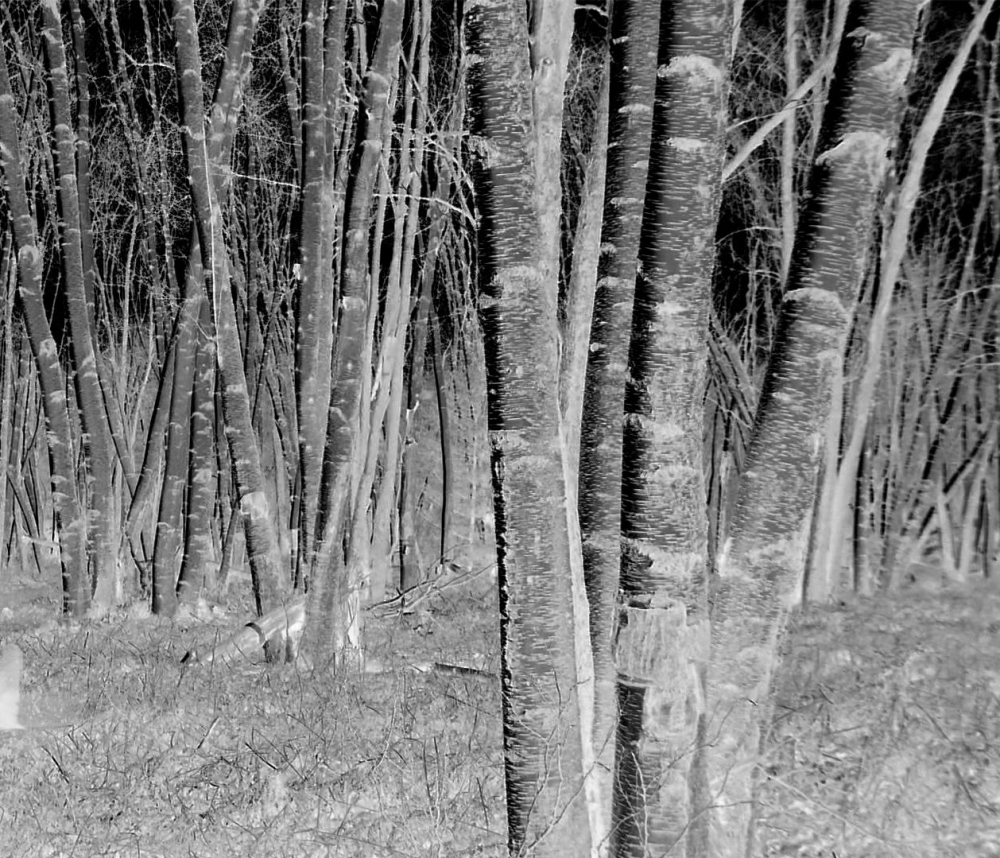 Locks Gallery is pleased to present a video installation by Philadelphia artists Nadia Hironaka and Matthew Suib. Whiteout will be on view June 18th through August 11th, 2010. There will be a reception for the artists on Friday, July 9th from 5:30 to 7:30pm.

The exhibition includes three new works: The eponymous two-channel video/surround-sound installation, a single-channel projection titled The Fall, and White Sands, a photo-based vinyl wall piece. Using a variety of self-produced and appropriated imagery, Hironaka and Suib explore the narrative and metaphorical potential of images and sound within the context of current and historical events, and cinematic conventions.

These works are designed for a lit room, removing the boundaries of the conventional cinematic frame and dissolving the moving image into the gallery itself. Whiteout employs a palette of stark imagery drawn from the desert (White Sands National Monument, NM) and the woods of northwestern Pennsylvania (site of one of the largest birch stands in the U.S.), as well as appropriated footage, all of which is layered and digitally manipulated.Images of these natural landscapes are reminiscent of cinematic backdrops - the desert of Lawrence of Arabia (dir. David Lean) and the birch forest of Ivan’s Childhood (dir. Andrei Tarkovsky), and create a sense of dislocation and ambiguity mirrored in the form of the installation.

Hironaka and Suib have collaborated since 2007. Recent video installations include Black Hole (2008) at Vox Populi and Soft Epic, or: Savages of the Pacific West (2008) at The Ice Box, both in Philadelphia. Together they have exhibited at venues internationally, including Landmarks Contemporary Projects/the Powel House Museum, Philadelphia; Shang Elements Museum of Contemporary Art, Beijing; Artists Space, New York; and with Kim Light/Light Box, in Los Angeles and at ARCO Madrid.

Hironaka received her M.F.A. from The School of the Art Institute of Chicago, both artists received B.F.A.s from The University of the Arts, Philadelphia.