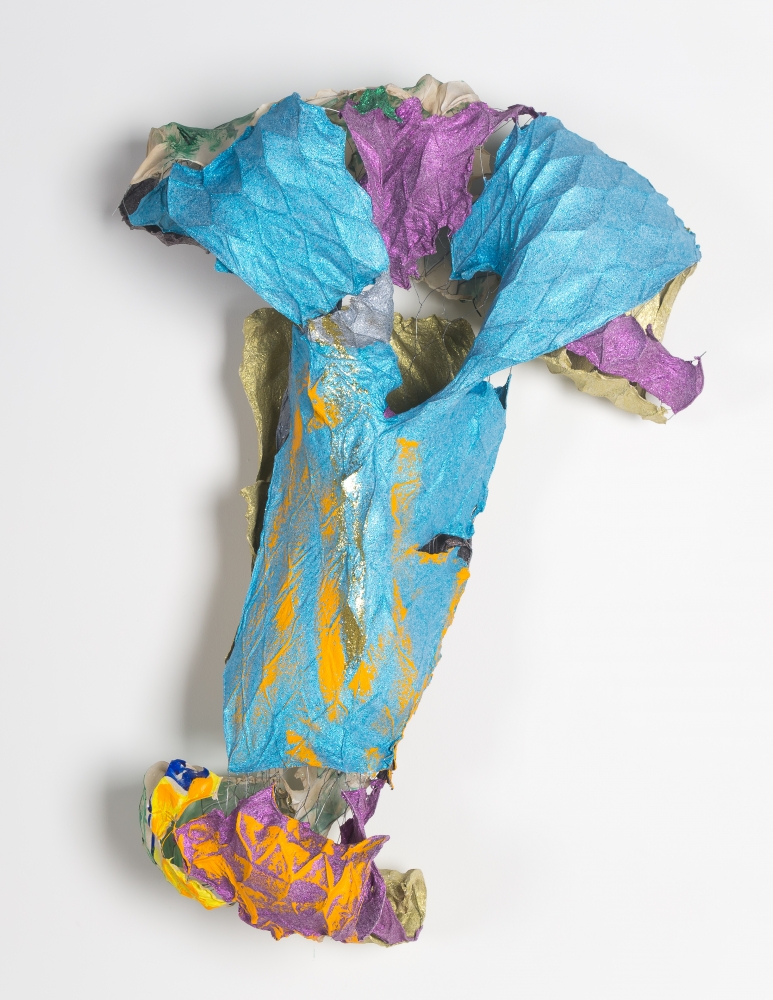 The Locks Gallery is pleased to present its sixth solo exhibition of work by Lynda Benglis, with an installation of wall-bound sculptures features new paper pieces (2017) beside pleated metal pieces from the 1980s. Personalities ranging from baroque muscularity to entropic delicacy mingle in these diverse works, attesting to the range and evolution of the artist’s formal experimentation. A new catalog authored by Judith Tannenbaum accompanies the exhibition and the Philadelphia installation will concur with a presentation of works by Benglis at the 2018 Armory Show in New York alongside Pat Steir and Jennifer Bartlett.

zinc and aluminum on bronze mesh

Over the course of her career, Benglis has worked extensively with heavy industrial materials such as lead, steel, and plastics, but her recent works find material poetry in the lithe malleability of chicken-wire and paper. The artist stretches dampened, handmade paper over amorphous wire forms, giving them “skins” that are then often varnished and marked with paint, charcoal, and glitter. In three works from 2017, the spare application of paper emphasizes negative space within the wire armatures; air becomes a material on equal footing with paper and wire, the latter seeming to float like garments on invisible bodies. The objects’ titles—Contrapposto, Geisha, and Venitian Opera—underscore references to figurative sources, while others such as Pinyon Jay (2015) and Bohemian Waxwing (2014) are named for birds native to the desert landscape surrounding the artist’s Santa Fe studio.

Pleated metal sculptures in this installation appear as clear predecessors to Benglis’s newest work. These are made from industrial metal meshes that she began to experiment with in the early 1980s, pleating, twisting, and knotting the rigid sheets before coating them with liquid aluminum or bronze. The resulting forms are most readily compared to fabric frozen in motion, recalling the frozen dynamism of draperies in Hellenistic figure sculpture. Despite their evident physical weight, they express a lightness surprisingly comparable to the recent works installed alongside them.

Two earlier pieces trace Benglis’s sculptural use of paper to the late 1970s. Packing shredded paper into molds like clay to create totem-like forms, Benglis transforms paper from a surface meant for drawing or painting into a sculptural medium, a gesture that can be seen in continuity with her poured latex installations of the late ‘60s, that so memorably entangled painting and sculpture. For Benglis, such boundaries of media have always been inconsequential, for under her influence materials become interchangeably fluid. Her newest work, synthesizing this rich history of experimentation, continues to bend us between sensations of heaviness and lightness, surface and form, solid and air. 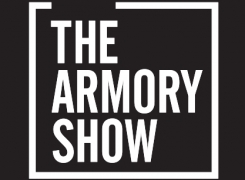 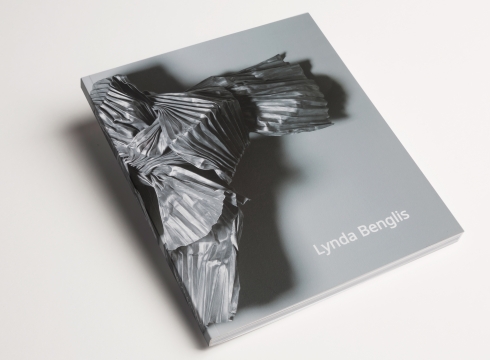 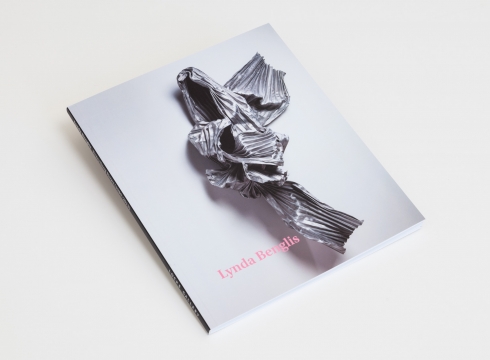 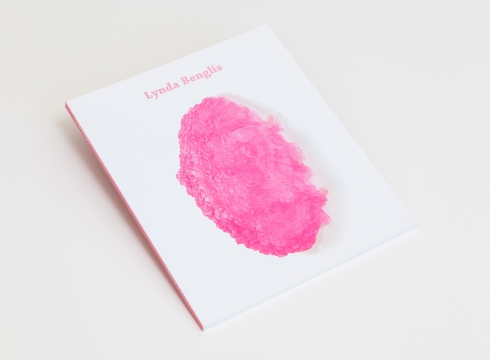