One of America's most respected artists, Jennifer Bartlett has eben at the forefront of contemporary painting, since her emergence on the art scene in the early 1970s. Her systematic approach to painting and unyielding examination of modes of representation led to her most famous work, Rhapsody, a 153-foot long painting from 1976. More recently she has completed a decade-long exploration of the four elements, with multiple series within that series, including the acclaimed twenty-four Air: 24 Hours paintings. A prodigous talent and risk-taker, Bartlett has extended the space around her paintings to include sculpture and completed large-scale commissions involving non-traditional materials. Her most recent public commission was for the Ronald Reagan National Airport in Washington, D.C.

This large-scale exhibition on two floors of the gallery of 30 new works shows Bartlett's play with the iconic grid of her early conceptual art pieces and the house icon that has figured prominently in her work since the time of her monumental plate piece, Rhapsody. Alluding to sign-based imagery rather than actual landscapes, bartlett repears the house shape in dozens of permutations. Despite their large format, these paintings reflect a new, quieter sensibility for the artist. Summarizing the work, Bartlett has said, "My paintings are not monumental objects they're more like vignettes or observations." In these new works, Bartlett moves quickly between oil on canvas and her signature steel plate works– painting the plates with both oil paint and the Testor's enamel and silkscreen grid she returns to again and again throughout her work. This exhibition is accompanied by a new catalog with an essay by Kay Larson.

On Saturday, September 26, 1998 at 2:30pm, Bartlett will speak about her work in an interview at the Philadelphia Museum of Art.

"Jennifer Bartlett continues her relentless inventory of the natural history of the mind. Inevitably what she sees is her own mind: its preferences and habits, its dialectical ways of proceeding, its gravity of happiness, and most of all its rather awesome appetite for the processes of classifying and cataloguing.

Bartlett has been intrigued by organizing systems since she began painting, but in addition to the strict limitations she preferred early on– grids and their contents– her work of recent years has embraced a vastly enlarged view of the possibilities generated by systems. Indeed, the mind is a system, or rather a nearly infinite set of them conjoined. Watching its play gives a vivid sense of the intricate dance of perception and desire that we call thinking.

Over the last year Bartlett has created a set of works linked by a common element: a featureless square and triangle immediately identified by the mind's archetyping machinery as a house. Similar houses appeared in bartlett's paintings in the late eighties, when her curiosity about representation led her to abandon the grid for a while to allow in imagery. The houses of the last year are in form and strucutre exactly like the houses of the eighties; nonetheless they are different. She is putting them to new uses, for new reasons, with new emotions and– most notably– a new freedom in her working methods: the freedom to escape periodically from her own systems, or perhaps just to relax with them." 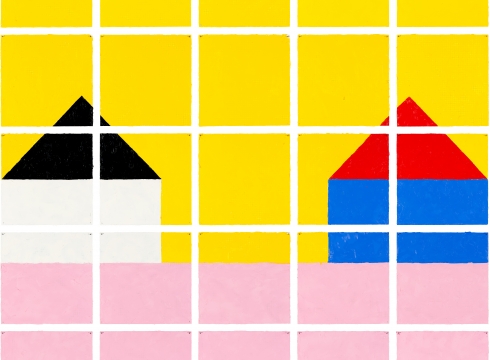 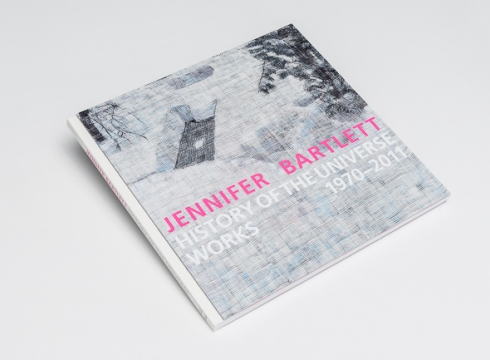 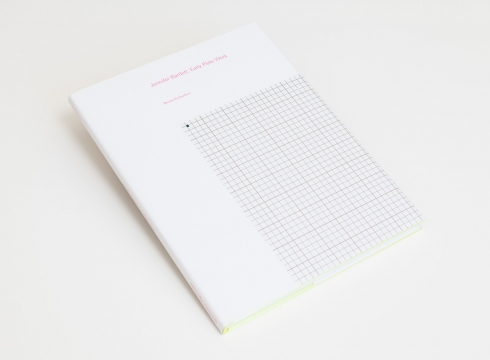 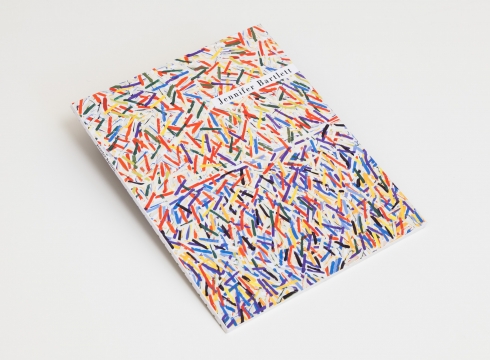