oil on canvas with objects

charcoal, graphite and watercolor on paper

charcoal and watercolor on paper

oil on canvas with objects

This exhibition will feature works from the 1960s, a defining phase in the artist’s career. It is in this body of work that Osborne increased her scale and became confident in her bold use of color which has become a characteristic trait of the artist’s work. Although essentially portraits, Osborne treats the figures as elements of a tableaux, creating tension and intrigue in deceptively simple interiors. In these paintings, like artists such as Richard Diebenkorn and Elmer Bischoff, Osborne combines a painterly mode with an architectural, geometric style.

Osborne is known for her landscapes and interior scenes of the 1970’s that utilized the raw canvas and stain effects creating images that border on abstraction. Through the 1980s and 1990s the artist’s landscapes were defined by an intense color saturation. Osborne’s most recent work continues her gradual movement away from the Philadelphia tradition of representational painting into clearer abstraction that has garnered equal regard.

A painter and educator, Elizabeth Osborne has exhibited extensively throughout the United States for over forty years. Osborne has been an instructor at the Pennsylvannia Academy of Fine Arts since 1966. Her work is in many public and private collections including the Philadelphia Museum of Art; the Pennsylvania Academy of the Fine Arts; the Pennsylvania State Museum; the Delaware Art Museum; the Marian Koogler McNay Art Museum, San Antonio, TX; Bryn Mawr College; and the Woodmere Art Museum. Recent solo exhibitions include Locks Gallery, Philadelphia and The Print Center, Philadelphia. Awards include the Percy M. Owens Memorial Award for a Distinguished Pennsylvania Artist, a MacDowell Colony Grant, the Richard and Hinda Rosenthal Foundation Award (American Academy and Institute of Arts and Letters), and a Fulbright Scholarship. 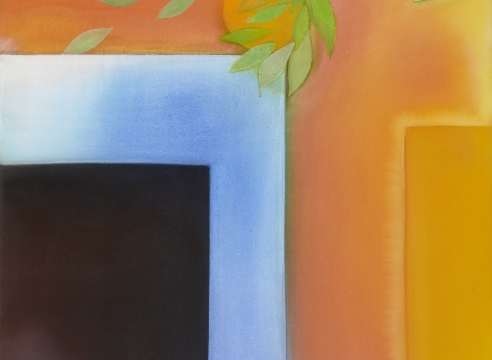