Locks Gallery is pleased to present an exhibition of new photographs by Diane Burko, on view July 8th through August 19th, 2011. There will be a reception for the artist on Friday, July 8th, from 5:30 to 7:30pm.

For her Locks Gallery show, Burko will exhibit photographs taken of Glacier National Park, Montana; Yellowstone National Park, Montana/Wyoming; and the canals of the Delaware River in Bucks County, PA. The aerial photographs of the canyons depict the disappearing mountain glaciers melting into lakes, as well as the waterways that surround the artist’s home, which have been flooded four times in the past eight years. These images act as a reminder of the impact and immediacy of global climate change. Burko captures her subject from both afar and up-close, in both cases leaving the viewer to see abstraction in the landscape.

Ian Berry, Associate Director and Curator at the Tang Museum, wrote that Burko “has a keen interest in focusing our attention on the scientific realities of nature while remaining open to creative forms and materials when it comes to presenting that data ... This work does not let us remain blind to the reality that this is happening now and begs us to consider what we can do about it.”

For the artist, water, like the geology of mountains and deserts, has been a source of inspiration since the 1970s. Burko has captured images of such places as Lake Powell, the Brittany Coast of Belle Ile, Lakes Como and Lecco at Bellagio, Italy, waterfalls of Iceland, and the rivers of the Wissahickon, PA.

Burko’s paintings will be seen in a large group exhibition The Value of Water, at the Cathedral of Saint John the Divine, New York, NY (Sept. 2011-March 2012).

Burko graduated from Skidmore College and received her MFA from the University of Pennsylvania. The artist has exhibited throughout the U.S. and has had recent solo museum exhibits at the Tang Museum, Tufts University Art Gallery, the James A. Michener Art Museum and the Bernstein gallery of Princeton’s Woodrow Wilson School. She had a distinguished teaching career for twenty-five years. The artist’s work is in many museums including the Art Institute of Chicago, Delaware Art Museum, the Pennsylvania Academy of the Fine Arts, the Philadelphia Museum of Art and Woodmere Art Museum.

Locks Gallery has represented Diane Burko since 1976. This marks her 12th solo exhibition at the gallery. 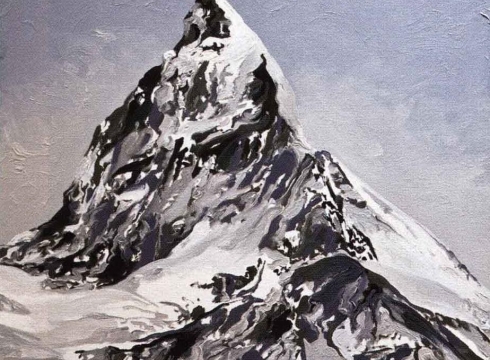 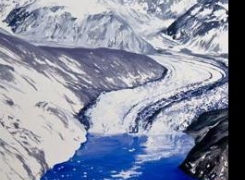