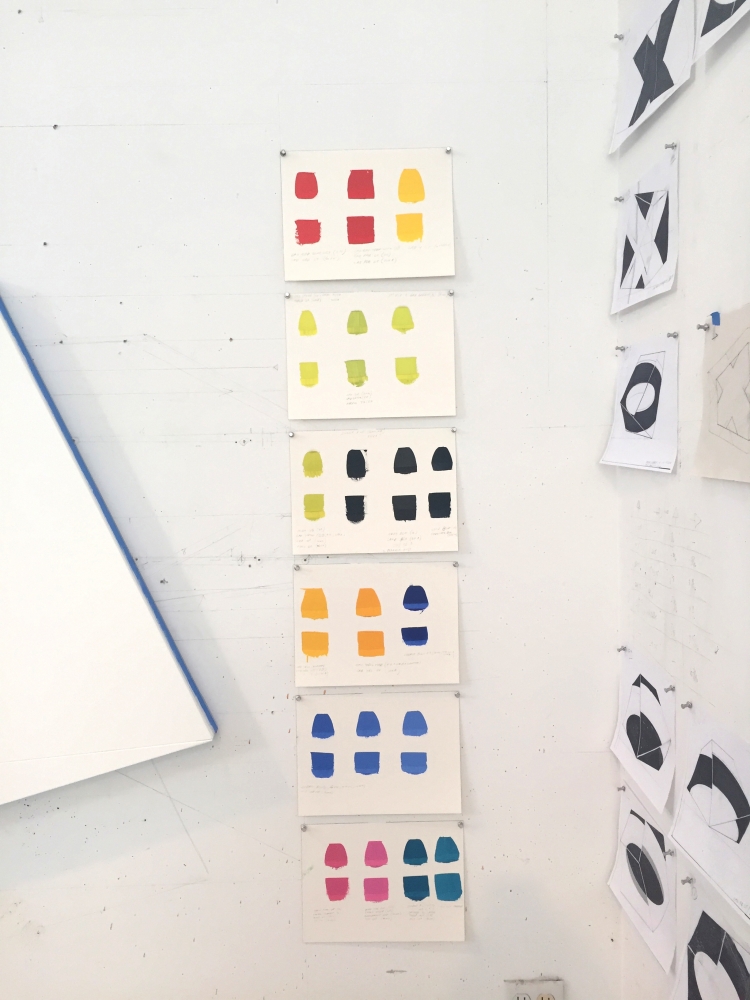 Locks Gallery is pleased to announce Zen Road Signs, an exhibition of new large-scale paintings by NY-based artist David Row. There will be an opening reception on Friday, October 20th from 5:30- 7:30pm.

Born in Maine in 1951, David Row grew up outside New Haven, CT. He received his BFA from Yale in 1972 and, after a year studying Indian music in Calcutta, returned there to complete his MFA. He has lived and worked in New York City since 1975. Zen Road Signs, marks David Row’s second solo show at the gallery.

In dialogue with the trajectory of abstract painting in New York, including artists such as Frank Stella and Robert Mangold, Row breaks down the elemental language of abstraction and traditional components of painterly syntax, combining ideas from the modern tradition with the burgeoning influence of semiotics in the 1980s.

In Zen Road Signs, Row’s symbols of infinity and juncture, ellipses and exes (which have appeared in various forms throughout the artist’s oeuvre), are cropped, flipped, and inverted into complex compositions. Acting as abstract “signs,” these distorted fragments signal the intersectional space of perception. Row’s modular motifs, interrupted by bright lines of fluorescent pigment, hard-angle edges and the vertical seams of joined canvases, rupture traditional Euclidean frameworks and transform the illusory two-dimensional painted plane into a multi-perspectival infinite space. 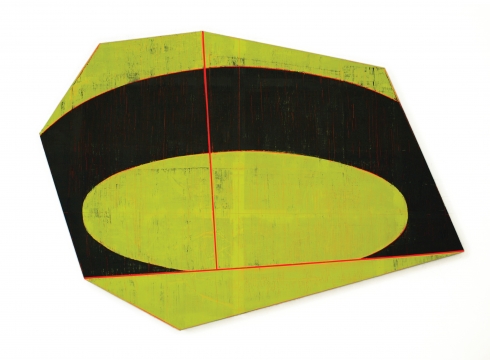