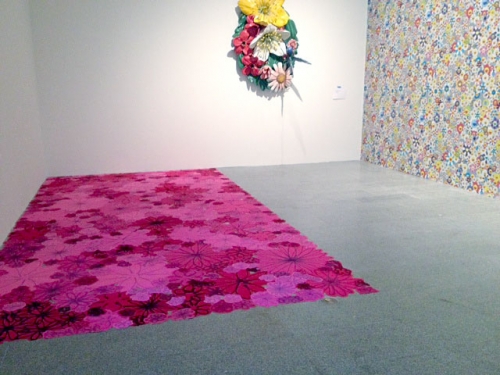 Polly Apfelbaum will be included in Regarding Warhol: Sixty Artists, Fifty Years from September 18–December 31, 2012 at the Metropolitan Museum of Art, New York.

Apfelbaum will be among some sixty leading contemporary artists whose work will be juxtaposed with selected works by Warhol. The show will be arranged as a series of thematic vignettes, not simply to demonstrate Warhol's overt influence, but to suggest how artists both worked in parallel modes and developed his model in dynamic new directions.