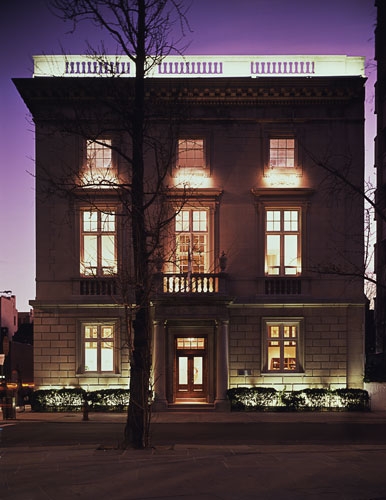 Founded in 1968, Locks Gallery represents an international group of critically acclaimed contemporary artists working in a variety of media. The exhibition program reflects diverse perspectives on 20th-century masters, with a focus on painting and sculpture, as well as emerging talents and new bodies of work from a core group of mid-career artists.

Direct collaboration with the artist, or their estate, is central to each exhibition, allowing the gallery to present original programming. The staff cultivates long-standing relationships with individuals and institutions, fostering a climate for contemporary art collecting in the city of Philadelphia and beyond.

Priding itself on a museum quality setting and artistic excellence, Locks Gallery is a longtime member of the Art Dealers Association of America (ADAA) and subscribes to the highest measures of connoisseurship, scholarship, and curatorial practice. With a sustained commitment to contextualizing the work exhibited, the gallery regularly publishes catalogues and works with writers and art historians to expand the dialogues around art.

Locks Gallery was founded in 1968 as Marian Locks Gallery. The original location was on the 1800 block of Chestnut Street and was one of the first commercial galleries in Philadelphia devoted exclusively to contemporary art. In 1971, the gallery moved into the former home of the Yale Club on the second floor of 1524 Walnut Street, where it became known for building a national audience for the work of living Philadelphia artists. During that time, Marian Locks opened a satellite space on Arch Street in Old City, where she exhibited more experimental projects such as installation art, earthworks, and emerging practices by young artists.

In 1990, the gallery moved to the southeast corner of historic Washington Square Park in Philadelphia. The current location is a renovated Italianate Palazzo style building formerly occupied by Lea & Febiger Publishers (built in 1918), including three floors of exhibition space and a rooftop terrace.  Under the direction of Sueyun Locks, the gallery continues to highlight local talent alongside renowned international artists, with a strong focus on women.