This publication and the accompanying exhibition at Locks Gallery present the Thomas Chimes's earliest mature body of work-landscape and crucifixion paintings-including the monumental Bread. These works have expansive and vividly colorful compositions filled with both abstracted symbols and recognizable imagery. These paintings are accompanied by early drawings and studies that were exhibited for the first time and are seen side-by-side in the publication with the developed works. In 1952, Chimes embarked on a seven-month trip to Europe, traveling across Greece, Italy, the South of France, and Paris. His time in France was highly influential on his early paintings and drawings. The landscapes from 1958-59 reference Van Gogh's wheat field paintings in yellows, purples, blues, and reds. Chimes's slightly later Crucifix paintings and drawings incorporate clear-cut shapes that recall Matisse's paper cutouts, inspired by his visit to the 1961 Matisse retrospective at the Museum of Modern Art in New York as well as his trip to see Matisse's Chapelle du Rosaire de Vence. These early works marked an important step in Chimes's career; in 1961 Alfred H. Barr Jr. acquired a painting for the Museum of Modern Art, as well as one for his personal collection. In addition Chimes would create his largest, and most ambitious paintings during this period, including Bread (1962), and culminating in his 7 foot tall by 18 foot wide Mural (1963-65). 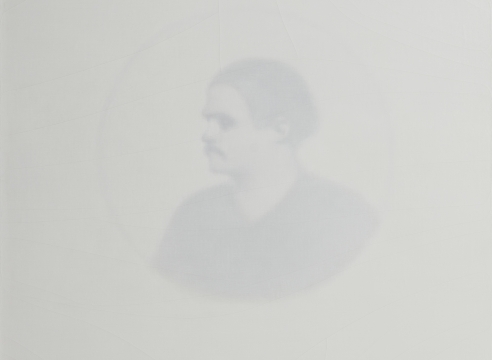