Marcel Duchamp, The Bride Stripped Bare by Her Bachelors, Even (The Green Box), 1934, box containing reproduction of photographs and other artworks and facsimilies of manuscript notes from 1911-1915, 13 x 11 1/8 x 1 inches 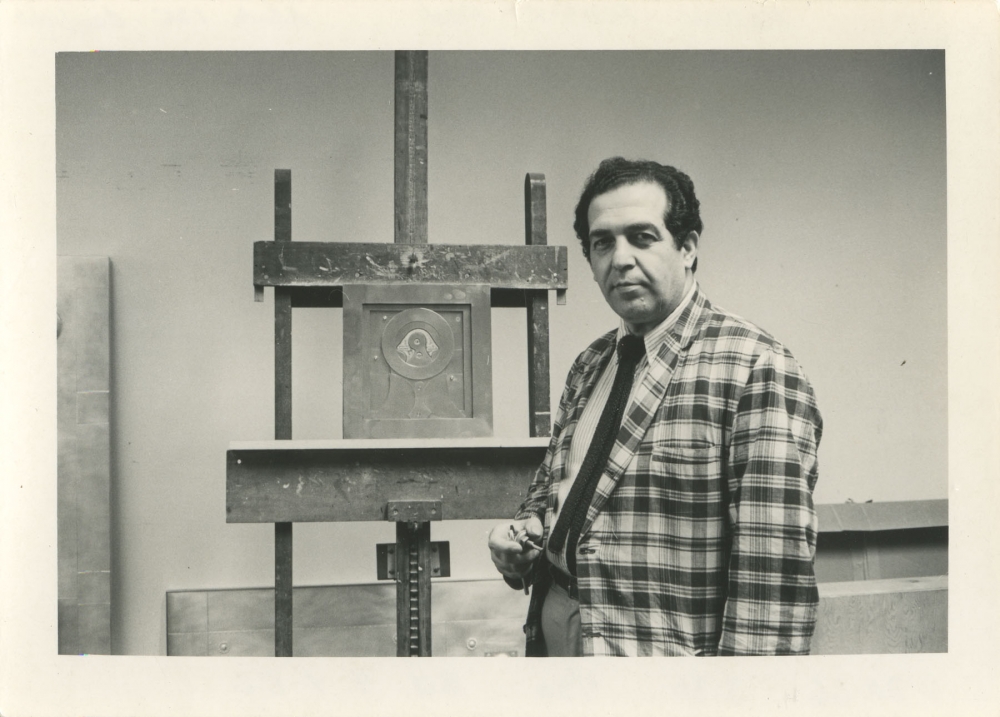 Excerpt from the upcoming publication:

"Chimes escaped the commercialism of Pop and cold determinism of Minimalism as well the expressionistic character of his Crucifixion Paintings. That escape to the Metal Boxes came through the discovery of Alfred Jarry’s concept of Pataphysics. As chronicled by Michael Taylor, Chimes’s brother-in-law cleared out his library in 1964 and invited the artist to take any book or magazine he wished. Amid the books, Chimes discovered the literary magazine Evergreen Review. The May-June 1960 issue titled “What Is Pataphysics” was devoted to Alfred Jarry, the French symbolist writer, theorist, and playwright, and to his concept of a “new science.” As invented by Jarry, Pataphysics is a fictional science that examines phenomena in the world and arrives at imaginary solutions. In his introduction to Pataphysics in the Evergreen Review, the cultural historian Roger Shattuck stated:

'Like the sorcerer’s apprentice, we have become victims of our own knowledge-principally our scientific and technological knowledge. In Pataphysics resides our only defense against ourselves …Pataphysics then is an inner attitude, a discipline, a science, and an art, which allows each man to live his life as an exception, proving no law but his own.'

Soon afterwards, Chimes discovered Jarry’s fictional book Exploits and Opinions of Dr. Faustroll, Pataphysician (1911). Written in a mock scientific manner, the text poses riddles for the reader and toys with conventional interpretations of reality. Jarry’s concept of Pataphysics reinforced Chimes’s already speculative relationship with modern science. The pseudo-science of Pataphysics emphasized each person as an “exception” and gave credence to Chimes’s eccentric and secretive interpretation of science and technology.

The artistic and intellectual model that Chimes discovered through Jarry’s Pataphysics was Marcel Duchamp. In an interview done for the Archives of American Art, Chimes stated:

'In other words, I had arrived or did arrive at Duchamp through the work of Alfred Jarry. The Big Glass of Duchamp I knew and admired it mainly from a formal point of view. Certainly, the subject was obscure and is obscure … The work of Alfred Jarry, his so-called pataphysics or some people have referred to it as a pseudoscience, definitely points in that direction. Something involving a science of a sort, chemistry, the metal.'

So, Jarry led Chimes to Duchamp’s masterwork The Bride Stripped Bare by Her Bachelors, Even (The Large Glass), (1915-1923, Philadelphia Museum of Art). Just as Chimes was seeking a way to move beyond the emotionalism of his Crucifixion Paintings, Duchamp had also used speculative science and the exploits of engineering and mechanical production to free himself from both his early symbolist works and from the constraints of Cubism. Dmitri Chimes has recollected, “My father was deeply depressed at the time that he finished the Crucifixion Paintings.” But, he remembered, “The construction of the boxes was a kind of therapy for him.” As Lawrence D. Steefel, Jr. has observed in his essay “Marcel Duchamp and the Machine,” Duchamp used the machine “to free himself from personal passions.” The machine “provided a way beyond intimacy and a detachment from emotions.” In the sepia colored painting encapsulated in Chimes’s box titled Set (The Descent) (1972), the downward facing head of Duchamp can be seen at the top.

For both Duchamp and Chimes, technology provided a means to engage the compelling issues of the age. Duchamp referred to his technical procedures of cutting and shaping metal foil in The Large Glass as working like an engineer not an artist. He called the lower section “La Machine célibataire” (The Bachelor Machine), suggesting erotic undertones. Here, a chocolate grinder, water wheel, chemistry sieves, and industrial molds interact with sexual implications but little apparent function. In The Large Glass, the Bachelors cannot get to the Bride because they are blocked by a barrier metal frame, and all of the gyrations of the machinery lead to only a few drips coming out of the sieves. In Chimes’s Metal Boxes, the artist similarly presents impossible sexual calculations or entrapments. In one way, these references satirize the biological neutrality of machines. Simultaneously, they mock human sexual drives as simply mechanical acts. On there other hand, machines are given the highest level of importance by being equated with the sexual act that is seen in a post-Freudian age as a key to our personalities and is essential to our survival as a species.

Duchamp and Chimes were simultaneously seduced by the machine and held grave reservations about its implications for humanity. Duchamp was a product of the first machine age, when utopian hopes at the beginning of the twentieth century were shattered in the killing fields of World War I, a degree of destruction made possible by scientific discoveries and technology like the armored tank, machine gun, and chemical warfare.

Chimes was a child of the second machine age when the even greater destructive power of weaponry was revealed in World War II, a war that was followed by the possibility of global annihilation in the atomic age. At the same time, Chimes was captivated by science. For example, his personal library included four books by Werner von Heisenberg on theoretical physics. He was also fascinated by the wonders of space exploration, and the promise of the computer and the electronic age." 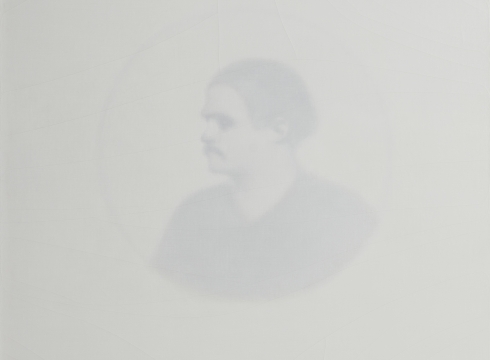 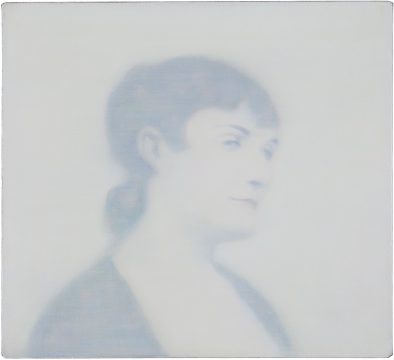 Exhibition
Thomas Chimes
The One Who Whispers February 24 – May 16, 2020
View Exhibition 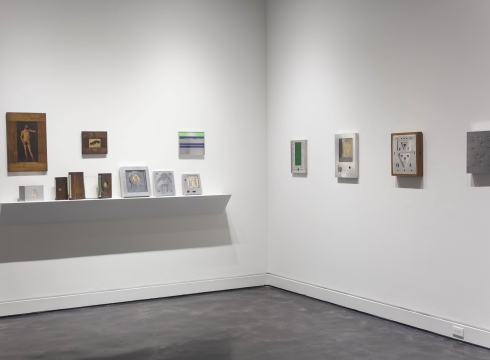