Comprising a series of works from the artist's celebrated Waterfall series, this publication brings together a number of monumental canvases which reflect the range of themes explored by the artist in this continually evolving series, featuring an essay by art historian Doris von Drathen. Begun in the late 1980s, the Waterfall series marks a shift in the artist's oeuvre towards a more formalist approach to image-making that engendered a basic yet powerful exploration of the physical and conceptual properties of her chosen materials. Starting from an abstracted image of a waterfall-paint which has been left to literally drip down across the painting's surface-Steir's paintings borrow from the vertical compositions of Chinese landscape painting and reference the metaphysical power of the waterfall as a symbol connecting heaven and earth. The resulting paintings are striking in their unadulterated beauty and simplicity of technique, belying the richly poetic underpinnings of the artist's chosen image and process. Pat Steir is the recipient of a Guggenheim Artist's Fellowship (1981), a National Endowment for the Arts Individual Artist's Grant (1973), and an Honorary Doctorate of Fine Art from the Pratt Institute (1991). She is a founding board member of Printed Matter bookshop, New York City, and the landmark feminist journal, Heresies. Her work is included in major public collections around the world, including: The Museum of Modern Art, NY; The National Gallery of Art, Washington, DC; The San Francisco Museum of Fine Arts, CA; The Solomon R. Guggenheim Museum, NY; The Tate Gallery, London; and the Whitney Museum of American Art, NY. Pat Steir lives and works in New York and Amsterdam. 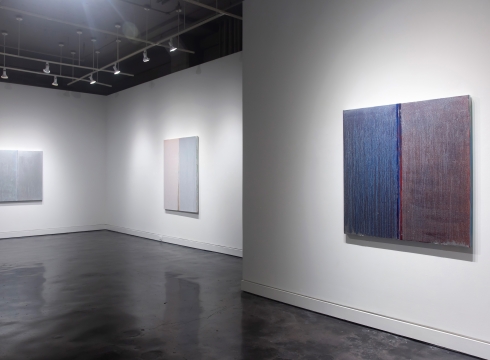 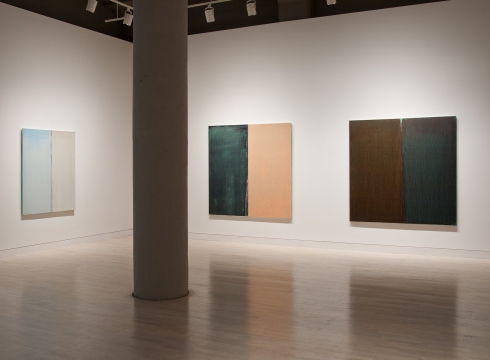 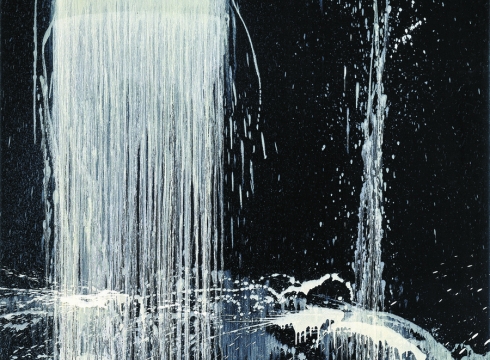